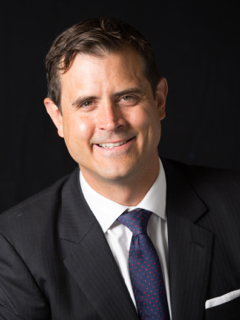 Great Range Capital (GRC) is pleased to announce that C. Renzi Stone has joined its Market Ambassador Program (MAP), where he will play a key role in expanding the firm’s presence from his base in Oklahoma City.

As an entrepreneur, investor and the founder and CEO of Saxum, an award-winning integrated marketing and communications agency headquartered in Oklahoma City, Stone has worn a lot of hats over the years. His two decades of experience include expertise in reputation and issues management, marketing and branding strategy, crisis communication, and public affairs for energy companies, large foundations, healthcare entities and financial services organizations.

Prior to founding Saxum, Stone served as Vice President of a national public affairs agency headquartered in Washington, D.C., where he specialized in quantitative and qualitative public opinion research. He’s also an accomplished speaker and editorial contributor who’s been featured and quoted in PRWeek, Advertising Age, The New York Times and on CNBC.

A determined leader in the marketing and public relations fields, Stone has served as President of the Americas for IPREX and on the board of directors for the PR Council in New York. In 2015, he was appointed by then-Oklahoma Governor Mary Fallin to the University of Oklahoma Board of Regents where he remained until 2019. He’s also held leadership positions with the Young Presidents’ Organization and is a former Chairman of Oklahoma City’s Allied Arts.

If you follow college sports, you may recognize Stone from his days playing for the University of Oklahoma’s basketball team (1996-2000), where he was named a Big 12 Conference Medal Winner—an honor awarded to the conference’s top senior athlete. A Rhodes Scholar finalist, he received a bachelor’s degree in history.

“Stone is a standout business professional and person,” said Ryan Sprott, Managing Partner with GRC. “He has a long list of talents and accolades, but it’s his competitive drive and commitment to teamwork that impress us the most. We look forward to partnering with him as we continue to focus our investment efforts in Oklahoma and the greater Midwest.”

About the Market Ambassador Program
Great Range Capital developed its unique Market Ambassador Program (MAP) to increase its visibility in the Heartland, ramp up acquisition activity and expand its growing portfolio. Distinguished executives who’ve planted their roots and built their careers in cities throughout the Midwest are invited to join the MAP and represent the firm in their communities and networks.