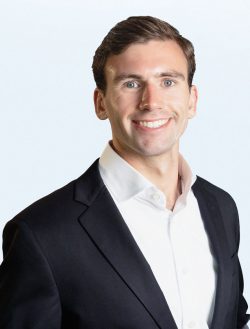 When we say we stay in touch with our former interns, we mean it. And in the case of Henry Redmond, who interned with us a few summers ago, we’re pleased to share that we recently traded email contact for eye contact in welcoming him as Great Range Capital’s newest Analyst.

For Henry, the first sparks of interest in M&A appeared during the process of selling the lawn care business he owned with his brother and two friends before heading off to college. “Despite not possessing the knowledge or experience of how to properly value a company and market it to interested buyers, we figured it out on the fly,” said Henry. “I personally found it to be an incredibly exciting, engaging and enjoyable experience.”

Henry’s time spent at the University of Kansas further fanned the M&A flames, but it wasn’t until his summer spent with GRC that he found a more specific passion. “One of my favorite parts of the internship was meeting and learning about different founders and business owners—particularly how they grew their companies over years of hard work,” Henry explained. “It was about halfway through the summer that I knew I wanted to focus my career on the middle market. I was officially hooked.”

After graduating with bachelor’s degrees in accounting and finance and a minor in international business, Henry worked as an Analyst in the Healthcare Investment Banking and ESOP Corporate Finance groups at Deloitte Corporate Finance in Charlotte, NC. While at Deloitte he gained experience in a wide range of investment banking transactions, including M&A advisory, leveraged buyouts and new ESOP formations for primarily founder- and family-owned middle market businesses. At GRC, Henry said he’s most looking forward to working alongside founders, business owners and operators to help them achieve their goals and take their businesses to the next level.

“It’s great to be able to welcome Henry back to GRC,” said Paul Maxwell, Managing Partner at GRC. “He shares our dedication to the Midwest and the middle market, and it’s great to welcome another of our former interns to our full-time investment team.”

Henry’s new role at GRC marks more than a return to a familiar office—the Kansas City area is where he was born and bred and where he cultivated a love for BBQ and local sports. “I’ve been lucky to have traveled to many great cities around the country, and while I love and appreciate different aspects of each one, I knew about halfway through high school that Kansas City would be my ‘home base’ for the greater part of my life,” said Henry. “I didn’t know when, but I knew it was inevitable.”

When he’s not in the office, you can find Henry cheering on the Jayhawks and the Chiefs, taking in Kansas City’s sites while jogging, and playing the drums.

If you’d like to welcome Henry, share your favorite running routes, spar over the best BBQ spots, or bond over a shared love of the middle market, you can reach him at 913-906-8029 and henry.redmond@greatrangecapital.com.