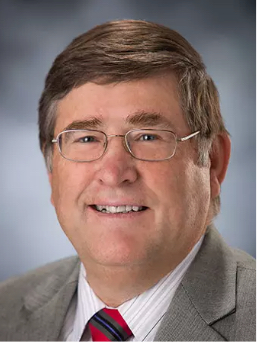 Greg Vasek is the former president and chief operating officer of Linweld Inc., a Nebraska-based manufacturing and distribution company of welding equipment & supplies, medical, specialty, & industrial gases. Mr. Vasek has a long history with Linweld, serving as chief financial officer for nine years before becoming president, and as controller for 19 years prior to his position as CFO.

Mr. Vasek grew up in Leigh, NE and graduated from the University of Nebraska-Lincoln with a bachelor’s degree in business administration.

He is involved in many community organizations, and currently serves as director of Great Plains Communication, Inc. headquartered in Blair, NE and Security First Bank which operates in Nebraska and South Dakota. He also serves on the Madonna Rehabilitation Hospital Board and the Nebraska Community Foundation Board. He is a past board member of Great Plains Locating, Inc., Linweld Inc., the Breslow Foundation, and served a director to Norco Inc. based out of Boise, Idaho & as a consultant to the Board of Directors of Western International based in Bellville, Texas. He is past president of the Lancaster Chapter of the American Red Cross and the Lincoln Cosmopolitan Club and served as a director to the Lincoln Public Schools Foundation.

Mr. Vasek is married to Marcia and they have two sons, Christopher and Troy. He enjoys outdoor sports, particularly hunting, fishing and golfing, and also enjoys supporting the University of Nebraska football and basketball teams.