JoEllen Flanagan Engelbart Posthumously Honored as Idealist of the Year 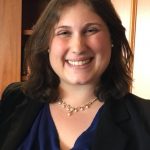 For the past three years, City Year Kansas City has challenged us to think about what it means to be an idealist in our community. To this local nonprofit, an idealist is someone who believes they have the passion and skills to change the world and who inspires others by courageously acting on this belief.

At Great Range Capital, we don’t have to look far to find people who fit this description, and as sponsors of City Year’s annual Idealist Gala, we’ve had the honor of recognizing both a team member and a (now former) partner as Idealists of the Year at previous events. For this year’s gala, we’ve once again found someone close to home who deserves the title: GRC Vice President Larry Flanagan’s sister, JoEllen Flanagan Engelbart.

JoEllen lived life in such a way that her mission of helping others–especially the most vulnerable–continues in her name and honor after her passing in early 2021. As a Jackson County prosecutor serving in the Special Victims Unit, JoEllen devoted herself to protecting and defending victims of child abuse and domestic violence. She carried this spirit of determination, compassion and self-sacrifice outside of the courtroom, regularly donating her time and talents to Rose Brooks, the Association for Women Lawyers, the Kansas City Metropolitan Bar Association and its Student Law Academy, the Metropolitan Organization to Counter Sexual Assault, the Missouri Bar, Truman State University’s Kansas City Alumni Chapter and Harvesters Community Food Network, to name but a handful.

JoEllen’s exceptional dedication to her community earned her the 2021 Association for Women Lawyers Public Service Award, which has since been renamed the JoEllen Flanagan Engelbart Public Service Award, as well as the 2021 Kansas City Metropolitan Bar Association Young Lawyer of the Year Award. She was also given the 2021 Denise L. Smith Volunteer of the Year Award from Truman State University, where she earned her undergraduate degree.

In light of the fact that JoEllen logged more than 1,000 pro bono hours while studying at the University of Missouri–Kansas City School of Law, the school has renamed its pro bono/public service award in her honor. And most recently, a scholarship has been created in her memory that will support first-year law students at her alma mater who are involved in their communities and who plan to practice in the area of public service.

JoEllen, along with several other Idealist honorees, will be publicly recognized at City Year’s virtual Idealist Gala this evening at 8 p.m. CST. We feel fortunate that Larry and his family have allowed us to tell a part of JoEllen’s story, not only because it’s worthy of sharing, but because we also firmly believe that the memory of her incredible service will continue to challenge cynicism and inspire others. A true idealist, JoEllen is still making the world a better place. 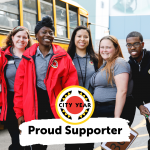 City Year Kansas City is an AmeriCorps program that seeks to address the lack of equitable access to educational opportunities in our city. The organization facilitates partnerships between schools and AmeriCorps members to add much-needed classroom support and to help foster learning environments where all students have the chance to fully engage and build on their unique strengths. If you’d like to learn more about the work City Year is doing in our community and how you can lend your support, we’d love to hear from you.