Women In Leadership Series: Where There’s A Gap, There’s Opportunity 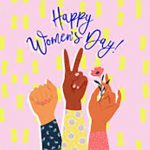 Women are currently underrepresented at the top of the corporate ladder. As the rungs get higher, the number of female leaders drops lower. And while representation is definitely improving, progress is slow—especially in the financial services field.

Here are a few quick stats to illustrate:

•  According to 2018 numbers, a mere 22.5% of board members in Fortune 500 companies were women. (Source: Deloitte and the Alliance for Board Diversity, Missing Pieces Report: The 2018 Board Diversity Census of Women and Minorities on Fortune 500 Boards)

•  In 2019, women occupied 21.9% of senior leadership roles in financial services firms, and a Korn Ferry analysis of the 1,000 largest corporations in the U.S. from the same year determined that a paltry 8% of the CFO positions in finance were held by women. (Source: Catalyst, Quick Take: Women in Financial Services)

But despite being outnumbered, women who’ve made it to the top rungs are transforming their spheres of influence for the better. I know because I work with several. And since today is International Women’s Day and March is National Women’s History Month, the GRC team wanted to seize the opportunity to highlight some of the trailblazing women leaders we have the benefit of working with directly at GRC, as well as some we simply admire.

Throughout the month of March, I’ll share our Q&As with these leaders that cover topics like career paths, memorable mentors, and advice for future female professionals. I’ve been inspired by their creativity and drive, as well as their eagerness to help other women carve out their own dream jobs. These are leaders who understand that where there is a deficit, there is also opportunity. So if you know of someone who might benefit from their wisdom and experience, they would love nothing more than for you to share their story. With so little female representation in senior leadership positions, seeing someone who has “made it” can be truly life changing.

With this goal in mind, here’s the schedule of what’s to come: